What Are the Best Slot Machines to Play in a Casino? 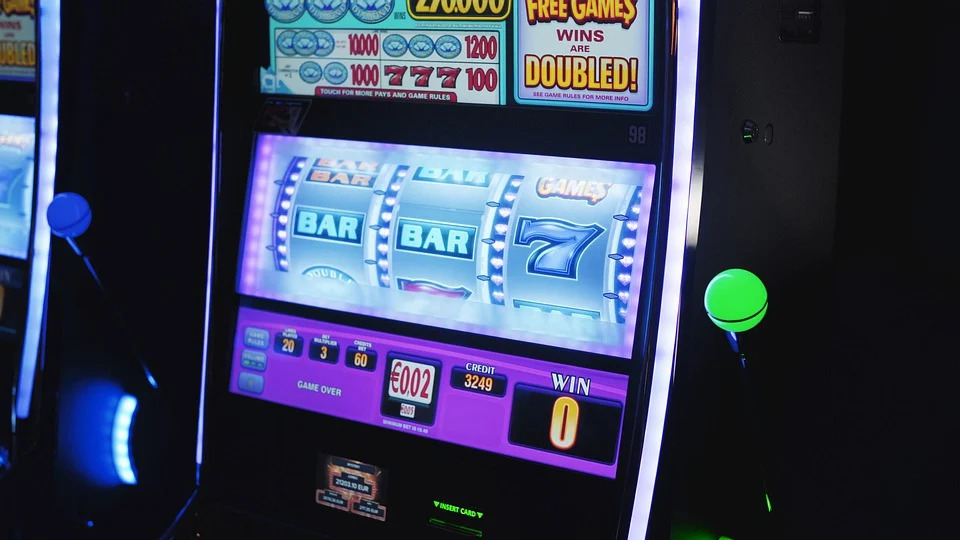 Land-based casinos offer a wide range of games and one of the most popular ones is slots. Seeing as how slot machines are also available in many forms, it’s important to pick the right one. Listed below are a short history of slot machines, the various kinds of slots available, the odds related to each, and the payout nature of these machines.

A short history of slot machines

Slots have come a long way since they were first invented. Back in 1891 in New York, Sittman and Pitt developed what is now considered to be the precursor to the modern slot machine. This design was based on the game of poker and had 50 card faces held by five drums. In order to play, the players needed to insert a coin and pull a lever. These machines did not have a payout mechanism and the winning hand usually resulted in a free drink, cigars, or some other non-monetary prize. Furthermore, two cards were removed from the deck, thus improving the house’s odds of winning.

In 1895, Charles Fey came up with a new design that is believed to be the first slot machine. He opted for a simpler approach and included only three reels with five symbols: spades, diamonds, hearts, horseshoes, and a Liberty Bell. The machine was called the Liberty Bell Slot Machine, seeing as how the biggest payout occurred when a player got three bells in a row. This machine was a big improvement as it had the ability of automatic payouts.

Seeing as how slots were banned for some time, their development had been stagnant for a while. Then, in the 1960s, Money Honey – the first electromechanical device – was introduced and it no longer required a lever to play. This approach quickly gained popularity and dominated the market. In 1976, Fortune Coin, a company from Las Vegas, developed the first video slot which took the world by storm. In the 1990s, operators soon realized the potential of the World Wide Web and started providing games online, which meant that, for the first time, players could enjoy slots from the comfort of their own home. In time, and as technology advanced, these games improved as well, offering more features and being available on portable devices too.

Different casinos offer different types of slot machines, from the most basic to much more comprehensive varieties. Listed below are the most common slot machines and some that are a bit more obsolete.

As their name says, single-coin slot machines allow players to insert one coin per spin to have a chance of winning on a single line. With slots now accepting multiple coins or bills per spin, these machines are a bit hard to find, having become obsolete with all the innovations in the field. Even though they are not as profitable as the newer models, some establishments still offer single-coin machines to players if they want a classic gaming experience.

Another variety that is no longer popular but available in some places is multi-line slot machines. These games allow players to select the number of pay lines but limit them to a single coin per line.

Multi-line slots that allow only one coin per line sagged in popularity because machines that allow players to use multiple coins in multiple pay lines appeared. The best approach to this kind of slot machine is playing a coin on every line so that there is no missing out on any potential winning combination. Paying attention to the paytable is crucial as all the important information is listed there, such as which bonuses are activated under which conditions.

Buy-a-pay or buy-your-pay machines can be a bit tricky but they are not too complex when players know what to look out for. The payout table offers all the necessary information. Players can insert from one to five coins per spin into these machines but in order to activate all the winning combinations, one must deposit the maximum number of coins. For example, if a player only inserts one coin, the machine will not pay if the combination is not the one that is specified on the paytable. Inserting three or more coins increases the odds of winning. These games can often be frustrating as players could hit the jackpot with the one coin they wagered but be disqualified from actually getting the prize due to the size of their stake.

This refers to basically any game that features bonus events that players can only take part in if they play the maximum number of coins. By examining the paytable, players can see which bonuses are offered and increase their chances of winning. Playing the maximum often boosts their chances into the high nineties or even 100%.

On the other hand, there are slot machines that allow players to activate all of the winning combinations by depositing a single coin. Any additional coins will only increase the winning multiplier. Therefore, two coins would double one’s winnings, three would triple it, and so on. The best approach here is often debated. Most experts agree that sticking to only one coin is for the best, while others believe that risking the maximum amount is preferable.

These slot machines are similar to the straight multiplier games, in that they activate every single combination with just one coin and that multiple coins multiply the winnings. However, there is a bonus aspect to these games. With maximum coins, a bonus – usually on the top jackpot – can be activated. Veterans advise placing a single coin wager seeing as how the bonus amounts rarely come into play.

When it comes to progressive slots, multiple machines are linked together and they pay out a joint jackpot eventually. A small percentage of each wager goes toward a top prize that keeps increasing until someone gets the required combination of symbols. While the odds of winning might not be as high as some other varieties, once a player hits jackpot, the prize will reset to the predetermined amount and start a new cycle until someone hits the winning combination again. These games have the potential of offering millions on a single spin but wagers typically result in smaller and less frequent payouts. Furthermore, most machines require players to deposit maximum coins if they want to be eligible for the progressive.

These are some of the most entertaining slots out there seeing as how they use a wild symbol that has the power to unlock more winning combos and turn near-misses into winners. What is more, the wild symbol can sometimes have a multiplier and double or triple the winning amount.

Combination slot machines combine two or more of the previously listed types. From buy-a-pays and multipliers to hidden buy-a-pay multi-line progressives, the options are countless. As is the case with most slots, the paytable offers all the necessary information to players who are not sure how to proceed. Wagering just enough money so that all possible payouts are activated is the recommended approach when it comes to combination slots.

The payout nature of slot machines

While these games have the same premise of inserting a coin and waiting for the result in hope that it is the winning combination, the nature of the payout is not the same. Even though playing for fun is important, it’s also essential to understand which slot machines come with the best odds.

First of all, a player needs to check the paytable to know how big the maximum payout is. The type of game is another big aspect of how big a payout can be. For example, the chances of winning millions on a penny slot machine are not huge. Lastly, the payout percentage of the game is crucial as slot machines can pay out anywhere between 74% and 99%. Games with an RTP of 90% or higher are always more desirable as they pay out more often than those that have a lower RTP. The payout percentage will depend on how a certain slot machine was programmed. While many casinos and game developers don’t make this information public, there are many forums and review websites that help players quickly find the odds and numbers they need.

Seeing as how slot machines come in various shapes and forms, both online and in land-based casinos, it’s essential to learn a bit more about each type before putting some money on the line.