The Most Popular Types of Poker You Should Try

Well, like most people, we also thought poker was all about Texas Hold’Em, and we can freely bet you thought the same. Very soon, we realized that there are many, many more poker versions and all of them differ in the gameplay and their learning requirements. Some types are very easy to learn and master, especially for beginners, while some ask for more subtle tactics and deeper understanding.

And we know how confusing and tiring it all can be. Therefore, to make this process easier for you, BestOddsSlots team made this comprehensive guide. Let’s start. 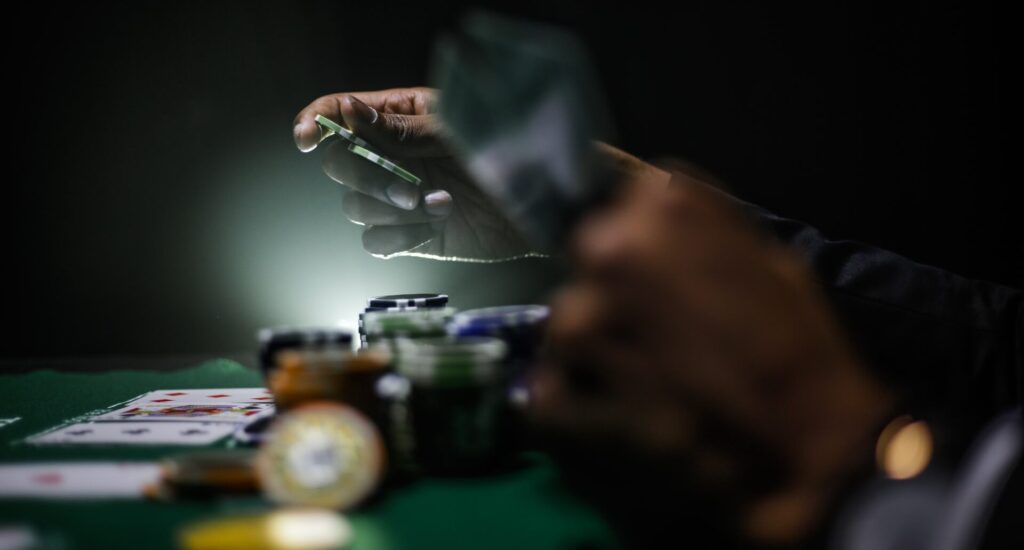 Poker is a ‘living’ thing, and just like language, sports, or science, it is going through its many stages of development. From its very start in the 1800s New Orleans, it has been igniting the crowds. And what was played back then is just one very small portion of what poker is today. 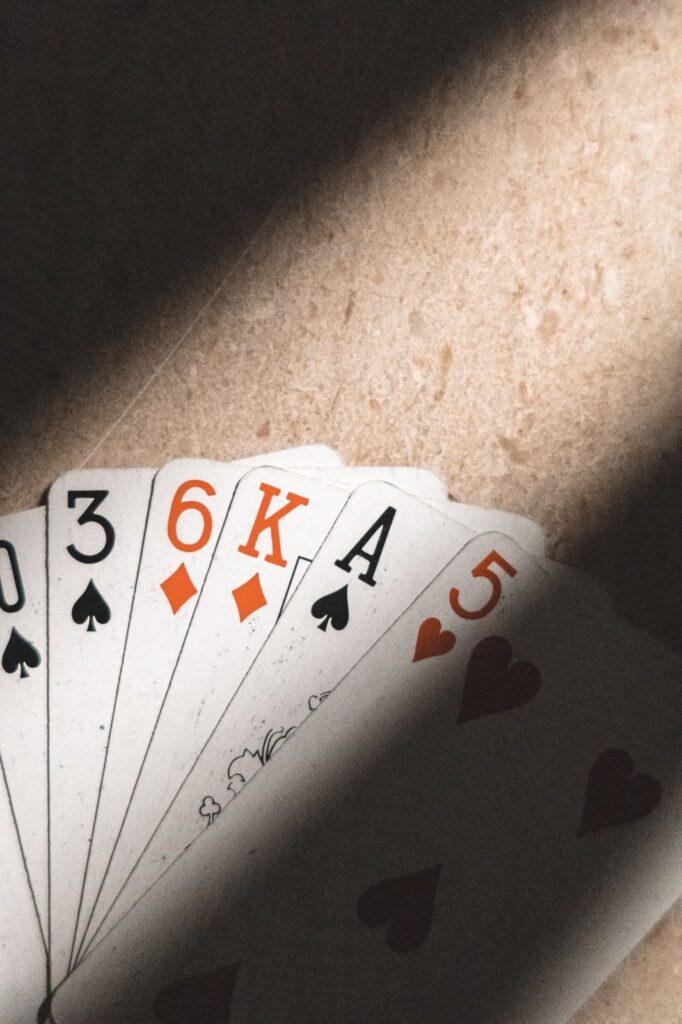 It is believed that it first appeared as a derivate of the 20-card deck French parlor game Poque, only to very soon evolve into a drawing game. By the end of the 1850s, the card deck expanded from 20 to 52 cards, while an additional betting round was also added to spice up the pots. In the later stages, players also added a ‘flush’ and a ‘straight’ hand to the rankings. And the most interesting fact surely is that the most popular and most played game today – Texas Hold’Em – did not appear until the middle of the 20th century. Again, this poker game managed to give many great world-known players, and many still equate it with the term poker.

Following this path of development, we need to start by explaining what the main three poker types are, and these include stud, draw, and community card games.

Different poker types draw different kinds of players as they all have their own share of excitement. Some of the most common games that fall under these three aforementioned categories are: Texas Hold’em, Omaha, 5 card stud, 7 card stud, High and Low Chicago, Follow the queen, 5 Card Draw, and 2-7 Triple Draw.

As per historical recordings, this was one of the oldest poker variants to appear. It became popular in the 1860s, and it was one of the first ‘open games’, meaning that 60-80% of the cards on the table are face-up. It can be played between 2 and 10 players either with only high-value cards, or with standard 52 cards. In the first round, players are dealt one hole card (face-down), and another face-up card, and the player with the biggest value starts the round. The rest 4 cards are all dealt face-up, and it is played in 4 betting rounds. Once the remaining bets and raises have been called, everyone shows their cards.

This poker variant is unfairly forgotten among poker players.

Similar to 5-Card Stud, this is a game with face-down (3) and open cards (4). Players get 7 cards, and must use them to make their five-card hand. It can be played with up to 8 players, and the player’s goal is to make the best possible hand out of the 7 cards he/she has. The hand rankings are the same as ones in Omaha or Texas Hold’Em, meaning that the worst hand you can make is the high card, and the best possible is a royal flush. This is one of the games where it’s very important to pay close attention to the opponents’ cards.

Even though it’s not as popular as Omaha or Hold’Em, this variant still draws many poker enthusiasts.

This is actually a 7-card stud game variation that uses the ‘wild’ cards which apply only on certain occasions. This card is the first one to be shown after the queen is flipped. However, if there is no queen, there is no wild card. The goal is, of course, to have the best hand at a showdown that will be revealed once the players have all seven cards. The player with the best five-card hand wins the pot.

This is a very interesting poker variant that will keep you guessing, ideal for those who like to solve enigmas. 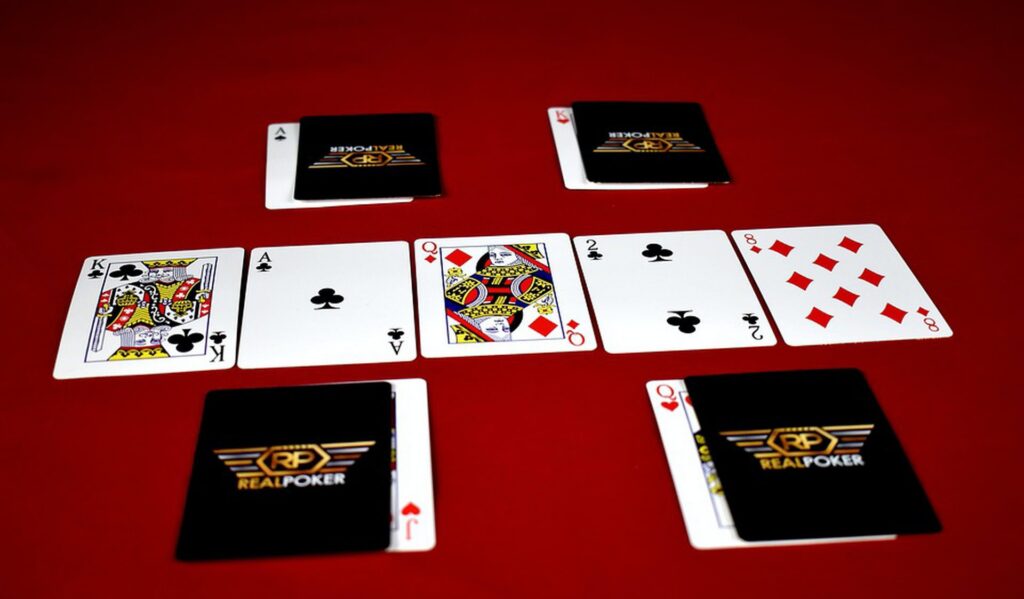 In this section, we combined these two poker variations on purpose, since they are almost the same. First and foremost, Chicago is a form of stud poker similar to the 7 Card Stud variant. Both of these games are rarely played since and today kind of reserved for real poker nerds.

The interesting thing is that when you learn 7 Card Stud rules, you are already halfway there to mastering High or Low Chicago. In both variants, you will first need to make a bet, and you will be dealt with two cards – one face-up, and one face-down. Half of the pot is won by the player with the best hand, while the other half, depending on a game, is won either by the player who has the lowest (Low Chicago) or the highest spade face-down (High Chicago). If someone has it both – the best hand and the winning spade, then that person can win the whole pot. This variant can be played together with other poker games.

This is a super interesting poker variation where players are dealt with 5 cards that no one can either use or see. Here players have three attempts to draw cards that will make them the best ‘low’ hand. Therefore, the game is considered a low-ball poker type. It also has some special rules, like Aces are always high and 7-5-4-3-2 makes the best possible hand. This is ideal for new players that look for some easy-to-learn games.

Believed to appear as far as 17th century Europe, this is one of the oldest poker games out there, and was the most popular, only to later get replaced by more aggressive gameplay. The rules are very simple: it can include up to 6 players who each get 5 cards from a 52 card deck. Players need to make their best hands using only the cards they get, but what is more interesting, you will have no idea how your hand will turn out against the hands of the other players. In the initial round, you can, however, choose to trade up to 3 cards with other players.

As we mentioned, once the most popular option, this easy-to-learn but not so easy to win poker game today gathers only sincere poker fans.

Being a great example of community card games, Texas Hold’Em is currently considered the most popular game in the USA and worldwide, and a game that has the biggest tournament base, and biggest live casino appearance. It also features many movies like Casino Royale, Mississippi Grind, or The Cincinnati Kid.

Being a game with a lot of action and high-level strategizing, it is no surprise why Omaha is gaining in popularity in recent years. This is actually a variation to the Texas Hold’Em game with 4 betting rounds and can include up to 10 players. Each player gets 4 hole cards, 2 of which he/she MUST use for making a hand, plus 5 community cards. The goal, of course, is to win a pot, and you can do that either:

The number of card dealt in Omaha is what makes this game a bit easier to master than Texas Hold’Em. 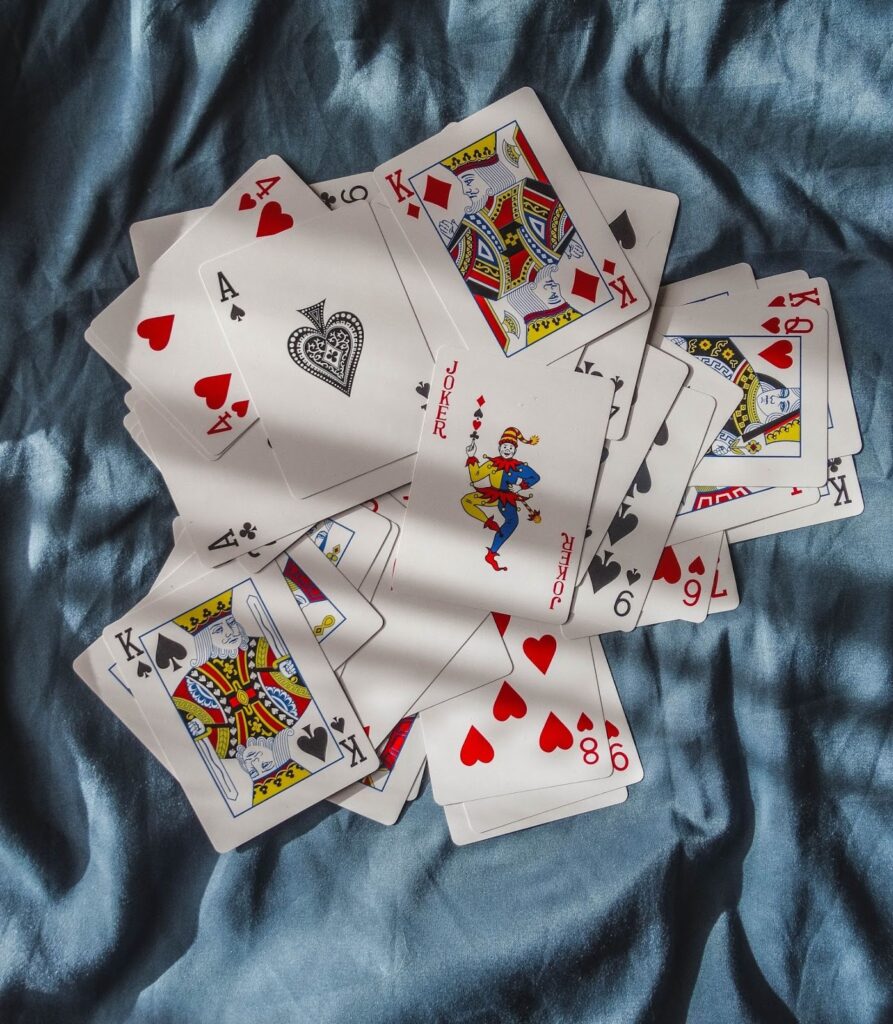 Do You Need to Choose Only One?

We know that when you enter the poker world it is like you entered a candy shop. You would rather take and try everything. And, luckily, you can. However, the answer to the question if to choose only one variant really depends on what your goals are.

Many says (us included) that if you want to become a professional poker player, the best is to choose one game and study it thoroughly. That way you will be able to master the game to the highest levels. However, there are also players like Phil Ivey, who is one of a kind professional, but still enjoys all sorts of poker variations. His goal actually is to master every poker game out there. So to say, this really depends on you and your ambitions. Good luck!