Enter a Safari of a Lifetime: Mega Moolah Online Slots by Microgaming – Review 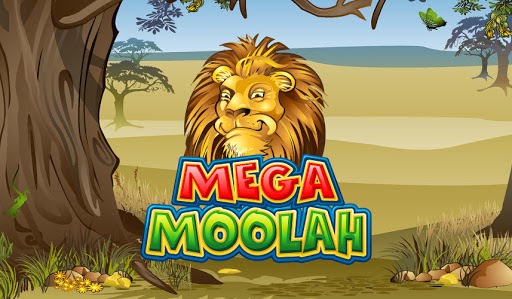 In for the online gambling classics? Mega Moolah Progressive Jackpots Slots provided by Microgaming is one of the best options ever made in the world of online slots. Often called the Millionaire Maker, the game got its world-wide fame for its massive payouts. And since its first release in 2006, it really stirred up the market. It has paid out millions of dollars in jackpots, with some winners making huge amounts of money. In October 2015, Mega Moolah officially entered the Guinness Book of Records with the largest online jackpot payout in Internet history with a value of $20,062,600. It was only three years later, when Mega Moolah set a new online record of $22,752,242 payout in 2018. Here is where the nickname comes from. Due to its qualities, this game is also frequently seen on many slot tournaments.

Aside from other great things it offers, the chance of winning large payouts is one of the things that keep Mega Moolah among our top favorite game recommendations, and also one of the reasons why we at BestOddsSlots keep on playing it. Let’s take a closer look.

In the wilderness of the African Savanna, you are surrounded by wild animals. You will see lions, giraffes, buffalos, elephants, zebras, impalas on your great adventure that will play out as high-value symbols promising big prizes (while classic A, K, Q, J, and 10s are low-valued ones). Yet, the best part of this ride is that roaming through the dangerous savanna, you will only get the chance of winning some good cash.

This Is Why We Love Mega Moolah Online Slots

We could mention its software or game provider, but this is why we actually love Mega Moolah Slots:

‘First love never dies’ truly depicts our keen interest in the Mega Moolah. We can play many other slots with great odds, modern design, or movie-themes, but our heart will always roll back to one more Mega Moolah spin. With its retro graphics and cartoonish design, Mega Moolah is a real old-school in the online casino world we gladly pick and suggest to readers.

And its hype savanna and animal sounds and soundtracks only spice everything up building just the right atmosphere for the long slots Friday nights.

The first thing to mention is the game offers the opportunity to win 4 Jackpots that trigger randomly during your spins. The Mega Moolah Jackpot Wheel with Mini, Minor, Major, and Mega opportunities is that one feature that made people millionaires. The same types of Jackpots you can find on other Mega Moolah variants, as well as The Dark Knight online slots (made by Microgaming, taken over by Playtech).

The next thing that can put a smile on your face is that once 3+ Monkey scatters symbols line up on your reels, you will trigger free spins in the game and get 15 additional spins with a 3x multiplier that triples your winnings that come from this feature. Tip to remember: this can also be retriggered many times easily.

Quick Guide On How to Play

Like many other standard video slots, Mega Moolah has some very straightforward rules. It has 25 left-to-right fixed paylines and a free spins bonus. What you need to do first is to pick credits you will bet (between 0.25 and 6.25), spin the reels, wait for the right combination to line up, and you are in for big cash and bonuses. Yes, it is as simple as that!

NOTE: It’s important to mention that every single prize you win is straight away pouring on your online gambling account.

To sum it up, we simply love how Mega Moolah online slots work, and we are patiently waiting for the new person that will break the record in payouts (silently hoping it will also be some of us). Design-wise, you will see nothing new, however, when it comes to us, its retro old-school visuals is something we happily look at. What is more, by signing up for the Mega Moolah ride you are opening the doors of life-changing winning opportunities, therefore this is among our top online slots picks.